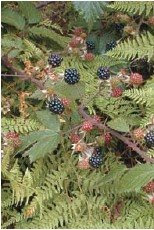 Two websites have lately formed the basis for many of my wild foraging attempts:

Plants for a Future - a database of 7000 edible, medicinal, and useful plants from round the world

Weed Control for Specific Plants - the Wellington Regional Council's list of invasive plants that must be destroyed!

I'm sure the Council didn't intend their list to be used as a meal planner - or as the forager's version of an internet grocery shopping site - but it certainly lends itself to that, in combination with Plants for a Future. 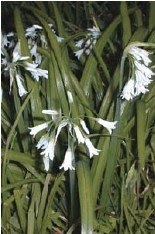 I can look up some of the weeds that I'm likely to find round Wellington (or have already seen), then do a search for their scientific names (or common names) at Plants for a Future, and be presented with a range of references to their uses. From there, I can follow these leads further through other websites or books.

I think most NZ regional councils helpfully put up lists of local invasive plants on the net. Mind, you there are one or two interesting ethical and practical dilemmas associated with harvesting invasive weeds! I'll post my thoughts on those another time.

When it comes to identifying and foraging for NZ native plants, I've found books a better starting point than the internet. I've also been thinking about the ethical issues involved with natives, and have stumbled on this cautionary article from the Rodale Institute in the US, reminding me of just how much I need to think about and learn if I want to do this properly.
Posted by Johanna Knox at 6:01 AM 4 comments: 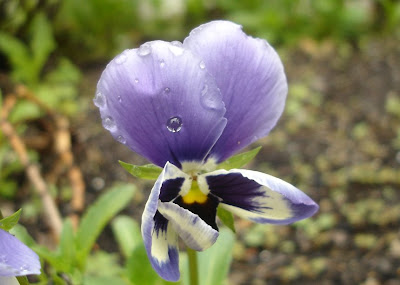 I haven't been foraging for long - not as an adult anyway. My mother tells me that when I was three, I ate a pansy out of someone's garden. And in my tweens I developed an obsession with herbalism.

I spent hours in the kitchen boiling, steeping, and pulverising unholy-smelling concoctions of foraged plants. Even more alarming for my mother, I imagine, were the times when she found my little sister lying helplessly across two kitchen chairs, and me standing over her, smearing my concoctions all over her face and hair. (It was all in the name of health and beauty, I protested.)

Vanessa, my oldest childhood friend, may still have nightmares about the birthday present I gave her of home-made perfume. It was memorable not for its fragrance, but for the enormous lump of blue mould that emerged from the bottle and landed on her wrist when she went to try it.

Those first efforts at foraging were a long time ago. Not until I became a mother did I feel the pull again to do it. Actually, it was my son who re-inspired me.

When he was small he had no interest in broccoli or cauliflower, but take him for a walk in the park and he would eat wild fennel and nasturtium leaves by the fistful. Now older, he eats supermarket brassicas happily, but he's held onto his fascination with wild food.

One of his favourite recipe books is 'Go Wild!'- the official book of the Monteith's Beer and Wild Food Challenge. We've also amassed an impressive collection of books about eating bugs. (That's perhaps another post.)

Wouldn't I just love to take him to the Hokitika Wildfoods Festival, for his birthday next year! I think his younger sister would enjoy that too. She certainly seems to be exhibiting the same feral tastes in greens as he did at her age.

And you know - I'm pretty sure my offspring are not alone in this. A lot of children seem to be natural foragers.

Rediscovering this pastime - at nearly 40 years old - has for me been exhilarating. Like rediscovering a long-lost part of childhood.
Posted by Johanna Knox at 9:42 PM 7 comments:

Gather it, cook it.

I reckon wild food foraging is the perfect companion to solar cooking. Gather your ingredients wild, then cook them with the sun. As activities they complement each other perfectly.

Both are about utilising free, abundant resources that you can find almost anywhere. Both allow you to wander. Both promote self-reliance and independence from any system. And both, if you engage in them with care, are utterly sustainable.

Okay, it's not exactly solar cooking season yet. (Did you see that hailstorm today?) But I did manage to use our little solar oven as a haybox cooker last night, sort of. And I did forage for a little bit of the meal.

On the stove, I brought to the boil a pot of huakaroro potatoes (very waxy and dense), then quickly took them off and put them into the box cooker, which I'd lined with an old cot quilt.

I wrapped the quilt over the pot, tucked towels around it, and laid my son's folded swanndri over the top. I added a couple of my old jerseys over the top of that - just for good measure! Then I put the cooker lid on, and weighed it down with a couple of books. (Not sure if that last bit with the books was necessary, but what the heck.)

I didn't keep track of how long I left it, but I guess not long enough, because when I opened the pot, the potatoes were still too hard to eat. Since I'd now let a lot of the heat out, I put the potatoes back on the stove and brought them to the boil again before re-ensconcing them in the cooker.

Some time later (I really should have kept track!) I opened the cooker a second time, and the potatoes were nicely soft.

After draining and cooling them, I chopped them up and made a salad of them, using home-made orange mayonnaise and finely chopped onionweed. We had them for dinner on a bed of puwha, along with cold slices of the previous night's lamb roast.

The foraged bits were the puwha and the onionweed, both of which grow prolifically around our neighbourhood. I love wild onionweed! I'd choose it over store-bought spring onions any day.

Funny how things change. As a child helping my parents with their weeding I loathed the very sight of onionweed - and the stink of it as we pulled it up by the handful. 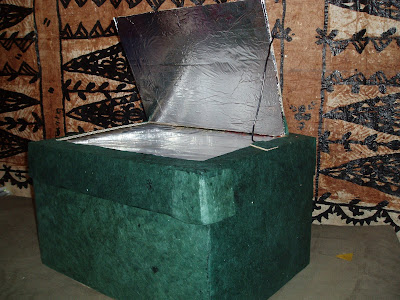 I think it'll need adjustments though. I suspect the lid isn't tight fitting enough. Hmmm ... and I don't think that bit of coathanger wire will hold up the reflector for long when the Wellington wind gets going! But all in all, my children and I are quite pleased with it.

I've written about our beginner efforts at making and using solar cookers for World Sweet World magazine. Hopefully that'll be in their spring issue.

As a basis for our box cooker, we used the instructions in Cooking with Sunshine by Lorraine Anderson and Rick Palkovic - a detailed and comprehensive book. There are also instructions for making box cookers and other types of solar cooker here. (Take a look at the Cob Solar Oven - it's beautiful.)

I've been feeling impatient to try out our newly made cooker - but there are weeks and weeks to go before we'll have enough sunlight to do it. Then just last night I was reading about heat-retention cooking, and it dawned on me ... In its off season, our solar cooker can double as a haybox cooker.

A haybox cooker is just a box that's well enough insulated to retain cooking heat. You start your pot cooking on the stove, and once it's boiling nicely you take it off the stove, snuggle it into your haybox cooker, and leave it to keep cooking in its own retained heat. No extra energy needed. There's a lovely article about haybox cookers here.

Although the walls and base of our solar box cooker are well insulated, the lid isn't, so to use it as a haybox cooker I'll also need to find something thick and and insulating to wrap around and over the pot before I put the box lid on.

I think I'll have a go at this for tomorrow night's dinner. Hope my son isn't needing his swanndri ...
Posted by Johanna Knox at 10:33 PM 5 comments:

Let's have a solar cooking picnic!

Where: A large sunny park somewhere in the greater Wellington region.

When: Probably November to be sure of getting a good solar cooking day, and to give those of us who are just beginners time to hone our skills (or beg, borrow, buy or build our solar cookers).

Who: You - if you like. It's still a while away, but if you think you might be interested in coming along, drop me a line via the comments section.

So far there are three of us interested. What do you think?
Posted by Johanna Knox at 10:14 PM 4 comments:

My daughter and I stand in the clear, winter air, examining our long shadows.

We are waiting for the day in early spring when, at the Sun’s highest point, our shadows are exactly the same height as us. That will mean New Zealand is at a 45 degree angle from the Sun, and it will soon be possible to solar cook again.

Last summer we bought a cheap cardboard panel cooker from Solar Cookers International, a non-profit organization that also sends these cookers to regions of the world where electricity is non-existent and firewood increasingly scarce.

For us solar cooking is an indulgence by comparison, but who can argue with saving electricity? And there’s something empowering – almost magical – about using little more than sunlight to cook a meal.

- Extract from 'The Art of Eating'- today's cover story in Sunday Magazine (by me).
Posted by Johanna Knox at 2:14 PM 7 comments: